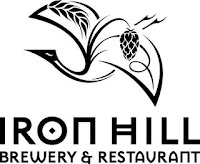 Hop & Kettle:  When and how did the idea to collaborate on this “Flagship” beer for the State of NJ come about?
Chris LaPierre:  I couldn't tell you exactly when but it's probably come up many times, mostly over many beers and at least once or twice over very late night Bourbons. Casey and I have been friends for years so this has been a long time coming.
Hop & Kettle:  What was the thought process on brewing a Belgian Black IPA to symbolize the State of NJ?
Chris LaPierre:  Actually it was kind of tongue in cheek.   Casey and I both think collaboration beers, while lots of fun is largely about marketing. They're pretty trendy these days. So we figured if we were going to jump on the collaboration bandwagon we might as well jump on some other bandwagons as well. "Black" versions of beers are big now, so are belgianized versions of traditional styles and of course Imperial anything will drive anyone with a Beer Advocate account nuts. We just decided to cover it all. Don't get me wrong, we put a lot of thought into what characteristics would work well together and what would taste good, but the initial style was kind of poking fun at ourselves.
Hop & Kettle:  Will this collaborative beer have a specific name other then "Belgian Black IPA"?
Chris LaPierre:  Iron Fish, what else!  Somehow Flying Hill didn't sound as good. 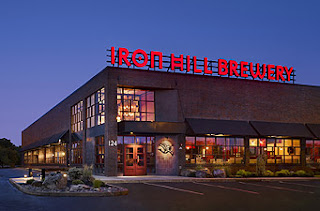 Hop & Kettle:  How will this beer be distributed?  Will it be on draft at the Iron Hill Maple Shade restaurant and bottled by Flying Fish at the same time or was it decided that only one brewery will distribute this beer?
Chris LaPierre:  Only on draft at Iron Hill. The Fish has got their hands way too full with building their new facility to play around right now.
Hop & Kettle:  Can we look forward to a kickoff event for the August 27th?  If so, is there any information you can provide us about it at this time?
Chris LaPierre:  Absolutely. We'll be having a huge release party on the 27th. We'll release it at (2 or 3 pm, I have to check). We're coupling it with a celebration of IPAs in general. I've been putting aside one keg of every IPA I've done for the past 6 months and I'll be putting them all on tap at noon. There will be 7 Iron Hill IPAs and the last keg of Flying Fish Exit 16 in existence. We'll offer a sampler with 4 ounces each of all eight beers.
Hop & Kettle:  If you are like us here at the Hop & Kettle then you will be excited with the prospect of trying this collaboration beer.  In addition we would like to thank Chris LaPierre for taking time out of his busy schedule to answer our questions. For more information about Iron Hill Brewery be sure to check out their site: http://www.ironhillbrewery.com/.
Email ThisBlogThis!Share to TwitterShare to FacebookShare to Pinterest
Labels: Interviews
Newer Post Older Post Home

Check out our Twitch Channel!! 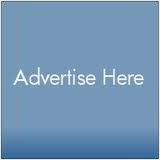